An £11m grant from the Faraday Institution, an independent research body named after the Londoner who invented the electric motor, will be used to try to extend the range of “clean” vehicles whose range is currently limited to the distance between Sheffield and London.

Researchers at the city’s main university are behind an initiative, to be announced today, to develop technology that will allow the creation of lithium-ion batteries with increased energy density capable of generating more power and withstanding longer use.

It is part of a cathode-based chemistry project named FutureCat, which will also involve engineers from Cambridge, Oxford, Lancaster and University College London.

Its leader, Prof Serena Corr, at Sheffield University’s Chemical and Biological Engineering Department, said the work would set “ambitious targets to make fundamental breakthroughs that will put us on the path to commercialising a battery with significant improvements to energy and power”.

She added: “Switching to electric vehicles is one way we can help to reduce global emissions.

“However, if we are to make this change, we need to produce electric vehicles that are capable of travelling further and have longer lasting batteries.

“Lithium-ion batteries are crucial to the performance and range of electric vehicles and developing existing and new cathodes can ultimately enhance battery performance.”
The research will also question the continued use of cobalt – a chemical element expensive and dangerous to mine – in the production of battery cells.

Its major producers include China, Zambia, Russia and the Congo, with miners said to be working in potentially deadly conditions.

Prof Corr said: “With the ethical, sustainability and cost concerns surrounding cobalt, our project will investigate alternatives to the traditional cobalt containing cathodes.

“We are investigating a range of new cathode architectures, as well as chemistries.”
The team at Sheffield will also contribute to two other research projects aimed at identifying new manufacturing processes for batteries and accelerating the development of sodium-ion battery technology, which could eventually replace the familiar lithium-ion cells.

Dr Eddie Cussen, an engineer at Sheffield, said: “There is a growing demand for alternatives to lithium-ion batteries and sodium presents an exciting and sustainable opportunity.”

The new process is said to be safer than lithium-ion, which carries the risk of fire and explosions, but the sodium batteries produced so far have been unable to produce equivalent levels of electricity.

The project is being run with St Andrews University in Scotland. 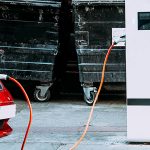