Professor Cussen appeared with three other academics as part of its inquiry into the role of battery and fuel cell technologies in achieving the UK’s target of reaching net zero greenhouse emissions by 2050.

In presenting her evidence, Professor Cussen highlighted some of the world-leading research carried out in the UK on next-generation battery technologies and discussed the importance of a national commercialisation framework that supports IP capture and translation from that fundamental research activity, “This is a fast paced field with significant patent activity,” she said. She also discussed the challenges around manufacturing at scale: “We also require sustainable manufacturing practices that augment that journey to net zero… in the synthesis of battery materials as well as battery assembly”.

Among the technologies where the UK can develop a commercial edge are next generation lithium-ion cathodes, sodium ion batteries, and solid state batteries, Cussen told the committee, calling for a “sustained commitment” to the long-term backing of basic research which underpins the innovations that will drive decarbonisation. She highlighted the Faraday Institution as an example of delivering leading research by bringing together a research base that embraces collaboration, as well as providing high quality training for the next generation of scientists and engineers working in energy storage technologies.

The committees will take further evidence over the coming months and will then produce a report with recommendations for the government about how it can best support these technologies in order to combat climate change.

The Hunt for New BatteriesNews 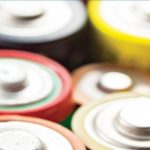